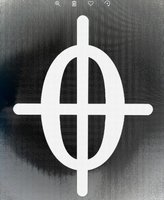 fables of the reconstruction is a rendition of aesopian tales based upon the works of... aesopus. and the u.s. of us all.

it points out the difference between moral wisdom and ethical knowledge. thus the lack thereof.

all apologues in curse, all apologies in cursive.

text is originally written in dutch. get straight to the point, literally "met de deur in huis vallen".

mind: that is the front door. the curses from ancient retarded courses of action can justify their way back but not their back away. rear gates in a rearview. a view rare. seldom seen, but not all is to be sold like old for gold to unfold.

i for i and cast a far i. catch a far eye. or a fire. up in flames of and for hers. is yours up than theirs shall be the other way round. turning  at least 33 circles like a wig of oro snakes and snails on a pillar of salt. craving apples and oranges that look like balls. behold thye calls.

sunken cities as sodom et gomorra. sheela na present at polly's gigs. usually just a t-shirt and supposedly wanting a cracker. or crack a rock. underneath that certain tree in the desert, she will give them the poison to choke or the vine to swallow in words and express by truths. blinded by the light.

in her house made of platinum. in her rooms.

they will do time. she will take space.

prints in golden reason and prerogatives black on white.

face to face, not over heads.

to advocate for her is an honour, not an opportunity. she says unity to fetch. and you abide. yet: a chance, change and a pearly chain for glory on a leash. a shot full of diamonds waiting forgood, better and ever. like a sloth. when the needle hits wax. or worse.

a kingdom for a hoax.

it is the difference between right and wrong.

all rights reserved, all wrongs reversed.

all in all, it is rumoured that "to" is a preposition. only just that they know now.

she said. she spoke of heaven and hell.

to pay a tension

yours all material of arts does not blow my mind away in many ways.

thank you for the aspiration, butt: no.

thank you for the inspiration. hell: yesss!

* it is not for every brain, in that case, please: abstain)

ono ficton by an essay 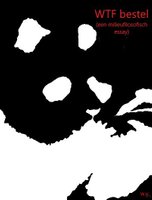 'all content herein is ono fiction and rated G"